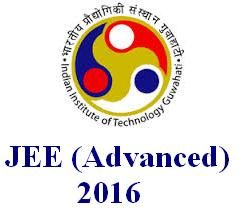 JEE Advanced 2016, which is just about 2 days ahead that is on the 22nd of May, is going to be conducted by IIT Guwahati. Like each year, 60% weightage has been given to the JEE-Main score and 40% to the board examination marks and based on it 2 lakh students have been shortlisted to sit for JEE Advanced this time round. Different IITs shoulder the responsibility of conducting JEE each year. IIT Guwahati, established in 1994, had last conducted JEE Advanced in the year 2009. While many of you may think that it doesn’t really matter as to who conducts JEE Advanced, the truth is that each institute has its own style of setting the paper. Going by IIT G’s past record, the maths section is likely to be the toughest.
IIT Bombay had conducted the test and carried out the admission process for last year. Held on May 24th, the paper alarmed students across the country due to the change in pattern. The paper did not include any single-correct multiple choice questions, all of them were multi-correct. The level of negative marking had also been raised. It would now be interesting to see how the paper is set this time.
The gates of the prestigious Indian Institutes of Technology will open for those who qualify in JEE Advanced. There are close to 10,000 undergraduate seats spread across 19 IITs. Indian Institute of Science (IISc), Bangalore, Indian School of Mines (ISM), Dhanbad, Indian Institute of Space Science and Technology (IIST), Kerela and Indian Institutes of Science Education & Research (IISERs) are among the other institutes that provide admission based on your score in JEE Advanced.