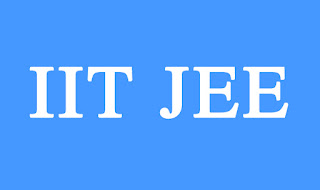 Each year several students sit for JEE Main but only a few are able to get through it. However, these IIT aspirants get another chance to work on their weaknesses and prove themselves. Now, the good news is that while earlier the IIT aspirants were given only two attempts to crack the tough JEE Main now the number of attempts have been increased to three. Yes! You heard it right! You now get as many as three chances to prove yourself.

The attempts have been increased for the initiating session 2016. So all those of you who are planning to sit for the JEE Main can now feel a bit relaxed and less nervous as this is not a do or die situation for you. You still have two more attempts to go. If things don’t work out this time, you can give it another shot.

However, having said that, don’t take this exam lightly. While you do have more chances to prove yourself, it is always better to clear it in the first attempt. So study with as much dedication as you have been doing until now and give in your best shot.

JEE Main 2016 offline exam has been scheduled for the 3rd of April 2016 and online examination has been scheduled for the 9th and 10th April 2016. The result would be declared on 27th of the same month. Those clearing the JEE Main examination will get the opportunity to sit for the JEE Advanced 2016 which will be held on the 22nd of May. The gates of the esteemed Indian Institute of Technology will open for all those of you who get through this tough entrance test.