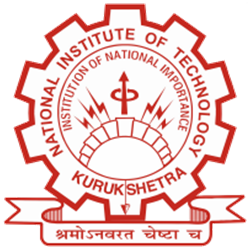 The Institute changed over to the 4-year B.Tech. Degree courses with effect from the academic year 1985-86. The new courses was designated as B. Tech. The annual intake in B.Tech programme at present is 540.
Special three-year degree courses in Civil, Electrical and Mechanical Engineering, designated as ‘Bachelor of Engineering for in-service engineering diploma holders were introduced from the session 1982-83. However, these courses were discontinued by the Govt. of Haryana in the year 2000.
The 2-year M.Sc. (Engg.) degree courses in various disciplines were redesignated as M. Tech. degree courses with effect form the session 1983-84. Now the duration of the Courses is 2 years. The annual intake in M.Tech programme at present is 165.
Before 2000, admissions were made through a regional exam of the State Government.
From 2003 to 2012, admissions were made of the basis of merit in the All India Engineering Entrance Examination. This exam consisted of three sections on Mathematics, Physics and Chemistry. Every year, more than 1,000,000 students appeared for this exam. To get admission in NIT Kurukshetra, a student must achieve the rank within the top 3% of the total candidates.
However, from the year 2013, admissions are made on the merit list of Joint Entrance Examination. This is a common examination for all the premier universities in India. Under this, and ranks are given after considering 60% of the marks scored in the test, and 40% in the class 12 Board examinations.
For foreign students, admissions are done through Direct Admission of Students Abroad (DASA) Scheme.