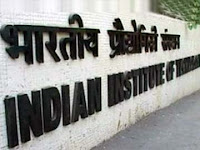 IIT is one of the most sought after institute for the engineering aspirants, reason being its high reputation. The Indian Institute of Technology offers quality education to make the students ready for the market and sees several top recruiters lined up to hire their graduates year after year. IITians get placed in various big firms in India as well as abroad.

The salary packages offered to the IITians are far better compared to graduates from other colleges. However, there is a lot of variation between the salaries offered by different companies. A number of factors are responsible for this variation. Let us learn about these in detail:

The Recruiter
The salary package offered depends by and large on the recruiter. For instance, a small IT firm in India cannot pay as high as a well-established company abroad. IITians are in demand everywhere and may receive several offers with immense variation in the salary package. It is for them to see various pros and cons and understand as to which is the best suited offer for them among the given options before finalizing one.

Job Profile
IITians have different career options to choose from. They may get into the finance field, technical line, management or education. It goes without saying that the package they are offered also depends on the field chosen by them. Finance as well as software firms offer handsome salary package while a career in education may not be as lucrative.

Personal Ability
Besides the company and the job profile, the personal ability of a candidate also decides his/ her salary packages. Each candidate is different from the other and his skill and ability is judged not only through the score he has been achieving at the college level but also by the way he performs during his interview. No wonder, while the average starting salary of an IIT graduate is said to be somewhere between 10 – 20 lac per annum, some of them manage to get a starting salary in crores.