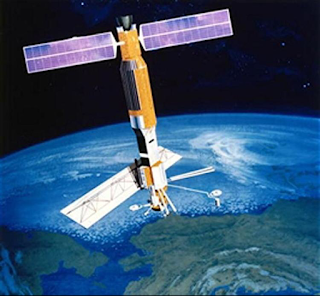 Communication satellite, 4 F2 belonging to a mobile satellite communication company based in London has lately been seen moving over India, above the Equator after travelling in the space for more than 4,000 km over a period of several months.

It was among the 12 satellites belonging to Inmarsat that was sent to the space by the satellite control centre based in London. Weighing as much as 6,000 kg, it was launched in November 2005 from Sea Launch platform onboard Zenith 3 SL and placed above the African continent with the objective of providing coverage to African and European countries. However, around two years back it was suggested to move the satellite worth $250 million. The total cost involved in moving the same amounted to $10 million. After travelling for several months, Inmarsat 4 F2 finally arrived at its present position in December 2015.

The decision to move the satellite was taken so as to enhance the services in India and its neighbouring countries including the ones in Middle East. Talking about this move, Matthew Maher, the Global government market development director said, “With us, moving a satellite in the space is a rare occurrence. It is a planned event and to move in sky it takes a lot of effort.” Sharing the process, Maher said that as the satellite’s built-in boosters were fired, it lifted and positioned itself about 25 degree east above Africa and Europe.

Over a period of several months Inmarsat 4 F2, that has an estimated lifetime of 13 years, reached its new position. Boosters were fired to lower it to its new position at 63.9 degree east over India and Middle East. “The virtual boxes (slots) outside the earth in the space are tightly regulated. So if we want to move one of our satellites from one location to other, we have to own the box in which we want to put the satellite,” Maher shared. International Telecommunication Union, that happens to be a part of the UN, allots the orbital slots to different companies and countries.
Inmarsat 4 F2 has an estimated lifetime of 13 years.