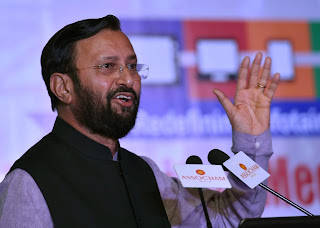 As he stated this point at a discussion on the new National Education Policy, he also shared an anecdote that he recalled from his visit to Apple Inc’s factory in the United States, “In 1998, as chairman of the IT task force in Maharashtra, I visited Apple’s factory in the US, where Steve Jobs told me he would make a phone with a camera, recording and other features of a smart phone. It all sounded like a dream then, but now we all believe it. This is innovation.”

Education, these days, has become highly expensive in our country and thus not many can afford to study in top institutions in the country. Addressing this issue, Javadekar said, “We have to work towards making education accessible and affordable to all. Otherwise, how would a poor man learn”.