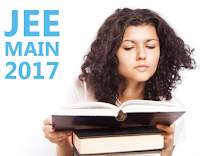 The Supreme Court has finally given a green signal for conducting NEET (National Eligibility-cum-Entrance Test), a single entrance exam to shortlist candidates for BDS, MBBS and Post Graduate courses in all medical colleges across the country. The judgement was passed on Monday, 19th April 2016. NEET will be implemented from the coming session. The Medical Council of India, a statutory body that governs the medical curriculum and endorses medical qualifications has gladly welcomed the decision. The MCI believes that replacing multiple entrance tests with NEET would help reduce corruption and the disparity in admission to medical courses. As per IMA, this decision will uphold the sanctity of the medical profession.

While the MCI and IMA are all praise for the Supreme Court’s decision and are looking forward to the implementation of NEET, the same has not gone down well with certain states. Among those who have opposed the decision are the states of Tamil Nadu and Maharashtra. In Tamil Nadu, students are given admission to the MBBS courses on the basis of their result in Class 12th.   The Indian state of Kerala also follows a similar procedure. As per these states, there is a whole lot of difference in the Central and State Board’s syllabus.

As per Tamil Nadu Chief Minister Jayalalithaa, NEET “would adversely affect the interests of students in the State, in particular those from weaker sections and from rural areas and it infringes upon the State’s right to determine the admission policies to medical educational institutions.” The government of the state has shown severe resentment and is expected to knock the doors of the court to seek amendment in this decision. The state of Maharashtra has also opposed the decision and has requested IMC not to admit students to dental and medical colleges based on NEET and instead let them continue with MH-CET. “Since the NEET is based on CBSE syllabus, the government will have to upgrade its HSC syllabus and then Maharashtra can join the NEET from 2017”, said the Medical Education Minister, Vinod Tawde.