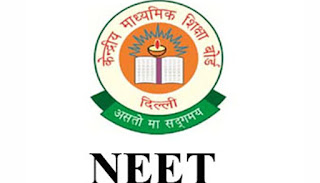 On being asked about his views on the implementation of NEET, he said that conducting a national level entrance test was actually required in our country. He is of the opinion that a common test such as this helps the institutes grade their students better.

Shah took coaching from a well known institute that helped him prepare thoroughly. Besides studying for a good number of hours at the coaching institute, he indulged in self study for about 5 hours. He believes that even a tough entrance exam can be cracked with good grades if you stay focused and devote enough time for preparation. “I started coaching about two years ago since I was in Class 11, two years are more than enough for cracking the exam”, he said in a recent interview.
Talking about the examination pattern Shah said, “I covered all 10 years’ question papers of AIPMT. Sometimes the questions are repeated. Although there is some difference between AIPMT and NEET, the paper pattern of the two was more or less the same”.

Spilling the secret of his success, he shared how he prepared a schedule and followed it diligently. He gave enough time to study and believed in himself. Giving tips to the future NEET aspirants, he said, “Take a brief overview of the paper for about five to ten minutes as soon as you receive it. Gauge the difficulty level. Attempt the physics part of the paper most patiently as it has the maximum potential for calculation errors and silly mistakes. Do not forget to cross your sums.  Attempt the biology part first as it takes a lot of time, although you should most definitely try to minimise the time taken for that. Maintain regularity; stick to your basic concepts as most questions are likely to come from there. If you have access to some sort of guidance or help, it is good”. “If you do hard work then you can crack the exam”, he added.